A new paradigm of the industrial economy: the birth of ecodistricts

The new industrial ecodistricts are areas in which production activities, increasingly attentive to research and development, optimise resource management and interact with the local territory: they are the evolution of the old, often abandoned, industrial districts. The transformation of these areas is a great economic opportunity, and not just for the region. 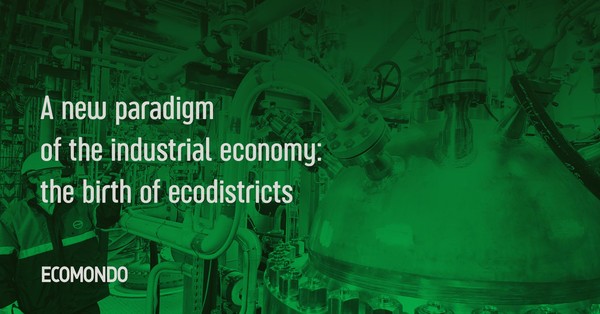 From the linear to the circular economy

In the last few decades, the industrial development model has undergone a profound change, moving from production centres with a high environmental impact that are disconnected from the territory, to hubs that are increasingly connected to the environments they spring up in, with a significant focus on the environmental and human resources used. In this context, the S.U.D. project of the Smart City Group Consortium in the former Fiat site of Termini Imerese represents a virtuous model in Italy. But how and when did our industrial model change? Giancarlo Longhi explores this in an article published on tarantobuonasera.it, the main points of which are summarised below.

The linear industrial model is that of the last 150 years: raw materials are extracted, consumer goods are produced and scraps of materials are thrown away, without anyone questioning the effects that all this has on the environment.

In 1966, an article by economist Kenneth E. Boulding started to sketch out the circularity of resources, talking about the evolutionary economy.

In 1972, the report “Limits to growth” (Donella and Denis Meadows) warned about the growing scarcity of resources and the consequences of increasing pollution.

In the early 2000s, the concept of the circular economy emerged, an economy in which raw materials are processed and used, and then fed back either into the biological or technical cycle. The circular economy represents a new response that should meet the huge demands generated by current problems such as the scarcity of materials, the climate emergency and the related greenhouse effect, and is thus identified as one of the drivers of sustainable development. The Ellen MacArthur Foundation has set out the economic and development opportunities of this model. 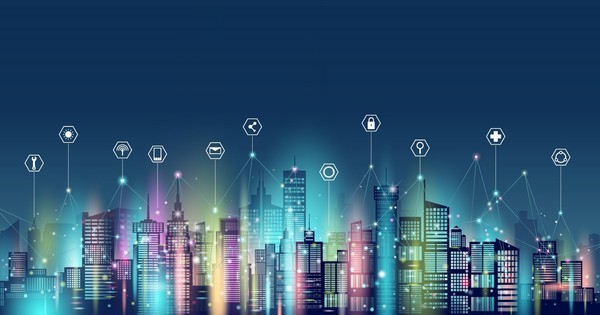 From the industrial district to the ecodistrict

Alongside the concept of the industrial economy, that of the industrial district also evolved, and was used for the first time by Alfred Marshall (Principles of economics, 1890). Italian law defines it as “local territorial areas with a high concentration of small firms with a productive specialisation, where there is a special relationship between companies and the resident population” (law no. 317 of 5 October 1991). Areas, therefore, in which industries are linked to each other and to the region.

The industrial ecodistrict represents a further evolution of the district concept. In these areas, we are seeing the emergence of new relationships and interrelationships between man, machines, environment and territory. The new paradigms are focused on embodying a series of links between new industrial infrastructure, smart cities, renewable energy, best practices, new production technologies and new products, innovation and research, educational academies, smart mobility, sustainable development, the circular economy and territorial management. This concept can breathe new life into numerous brownfield industrial sites in our country, transforming them into new greenfield areas in new industrialisation centres, which should also serve the territory. 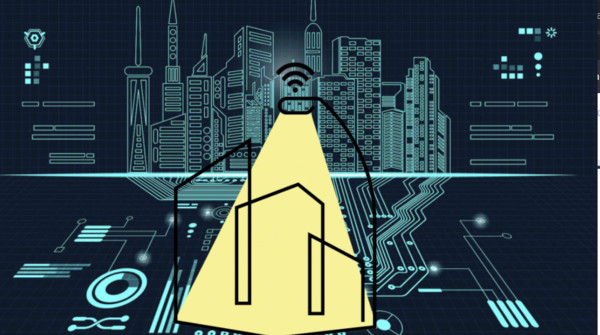 The case of the Smart Utility District of Termini Imerese

The S.U.D. (Smart Utility District) project of the Smart City Group Consortium represents an example of the regeneration of an obsolete industrial area transformed into an ecodistrict. The project was presented on 28 May 2020 to the competent institutions. The idea is to create an industrial ecodistrict on the former 42-hectare Fiat site in the industrial zone of Termini Imerese, with a planned investment of EUR 200 million.

This hub is to be created in Sicily, a region almost wholly lacking in recycling activities. The project will bring to the area more than twenty green companies active in various sectors, including renewable energy, the recycling of materials, sustainable mobility and the use of artificial intelligence serving citizens. The presence in this area of a research centre managed by a leading university consortium, physically located in spaces adjacent to the production lines, will ensure continuous interaction between the two. The industrial hub aims to capitalise on opportunities such as the Special Economic Zone, the subsidies and demands of the territory as a local market, to relaunch not only Sicily but the entire country. It is a model that can also be adapted to other contexts, as expressed by Giancarlo Longhi, Chairman of the Smart City Group:

“The S.U.D. Project represents new paradigms for brownfield redevelopment, transforming the unused industrial area of Termini Imerese into a greenfield site, creating links between industrial infrastructure, smart cities, renewable energy, best practices, new production technologies and new products, innovation and research, educational academies, smart mobility, sustainable development, the circular economy and territorial management. A new innovative and replicable model of an industrial ecodistrict, which will see the reconversion of disused industrial sites especially in the South, and is a new response to the reindustrialisation requirements of crisis areas”