Physorg - On April 2010, the Gulf of Mexico turned black. The largest marine oil spill initiated by an explosion of methane gas on the Deepwater Horizon drilling rig is supposed to have leaked around 800 million liters of oil into the environment. 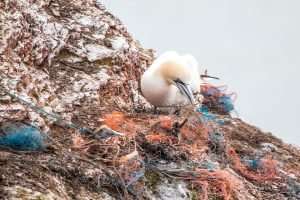 Causing severe damage to the whole ecosystem of the Gulf of Mexico and to the people living around it, oil spills such as this demonstrate that our reliance on oil is coupled to serious consequences. Even in recent times, such as in the disastrous oil spill on the coast of the Indonesian port city of Balikpapan on Borneo which led to the declaration of a state of emergency, large-scale accidents involving oil can cause immeasurable damage. We need oil for countless high-value chemicals, such as dyes, fuels and drugs, as well as for plastic. Plastic that ends up in locations such as the Great Pacific garbage patch, a marine area which is estimated to be twice as large as France. From the moment of pumping up the limited resource of oil to its last moment as plastic trash, oil is an unsustainable source of energy and chemicals. So how can we do better?

White biotechnology takes advantage of enzymatic processes to produce high-value chemicals from sustainable sources with less energy consumption as well as waste production. An early example of this would be enzymes in washing powder, which allow for efficient cleaning at lower temperatures (i.e. less energy consumption).