States general of the Green Economy 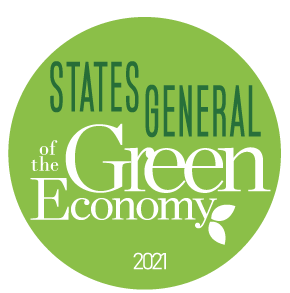 The States General of the Green Economy, is a multi-stakeholder process involving all relevant actors of green economy in Italy.
The initiative is promoted by the National Council of the Green Economy, which brings together 69 business organizations, in collaboration with the Ministry for the Environment and the European Commission. The States General, now at its 10th edition, aims to promote a shift in the Italian economy towards a green economy, so to develop opportunities for a sustained and sustainable development, recovering from the economic and climate crisis.

The initiative, launched in 2012, is now a point of reference for thousands of businesses and involved over 8.500 stakeholders between 2012 and 2019.
The aim of the States General is to develop, through a participatory elaboration method, a programmatic platform to support the transition to a green economy in Italy, through the analysis of positive potentials and obstacles, as well as through the elaboration of policies and measures needed to improve the ecological quality of the various strategic sectors.

The EU Commission, in the Review of environmental policies implementation in Italy in 2017 and 2019, has included the States General of the Green Economy among measures supporting the transition to a green and circular economy.
The process culminates every year in a large 2 days public event, with over 3.000 participants in the last editions, taking place in Rimini during Ecomondo Exhibition.