Philippe François-Xavier Corvini (born 1972 in Korea) obtained PhD in Biotechnology at ENSAIA (France). He is full professor and head of the Institute for Ecopreneurship at the School of Life Sciences at the University of Applied Sciences and Arts Northwestern Switzerland (FHNW). He obtained habilitation at RWTH Aachen and University of Basel.

He is a specialist of the biodegradation of micropollutants. Significant achievements by Corvini and his team were:
i) the discovery of ipso-substitution mechanism in the biodegradation pathways of endocrine disrupting alkylphenols like nonylphenol and bisphenol A in Sphingomonas sp. strain TTNP3
ii) the co-existence of sulfonamide resistance genes and sulfonamide catabolic genes in Microbacterium sp. strain BR1.

Last but not least, his interest for interdisciplinary environmental research is worth mentioning. For instance, the group of P Corvini was among the first ones taking advantage of developments in nanotechnology to produce and apply enzymes immobilized onto nanoparticles for wastewater treatment and lignin depolymerization.

The group of P Corvini is now taking on the challenge of controlled bioprinting of microbial biofilms for the bioremediation of contaminated environment (water, soil, etc.).
He is co-author of more than 100 papers.
He is/was involved in several European projects as coordinator, manager and partner. He is also adjunct professor at Nanjing University and at the Yancheng Institute of Environmental Technology and Engineering and Doctor Honoris Causa of Iasi University. He is vice-president of the European Federation of Biotechnology (EFB) and chairs the Environmental Biotechnology section of EFB. He is member of the sub- committee Biotechnology of IUPAC and the board of the International Society of Environmental Biotechnology. He is also member of the scientific advisory board of the
Swiss Federal Office of the Environment.

Back to Scientific Committee 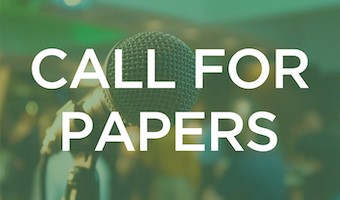